Boys on Drugs: The Ritalin Epidemic 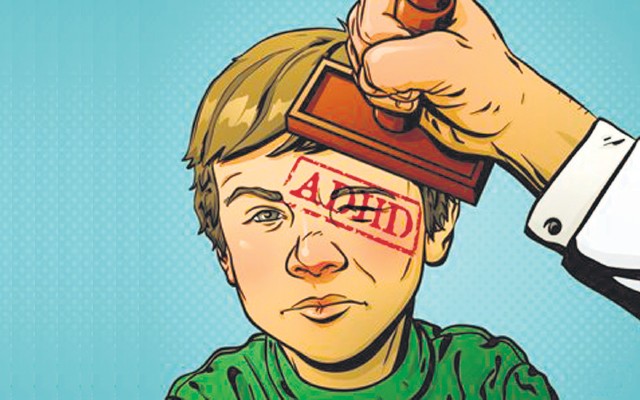 A recent article on the cover of Esquire magazine entitled “The Drugging of the American Boy” caught my attention. The article was about the prevalent use of dangerous stimulant drugs to treat Attention Deficit Hyperactivity Disorder. Boys are significantly more likely to be diagnosed with ADHD than girls, at a rate of 1 in 5 high school boys versus 1 in 11 high school girls. The drugs in question were not illegal substances, but rather conventional medications prescribed by health care providers to treat ADHD.

Treatment for conditions like ADHD can be especially challenging – but the use of psychotropic drugs, particularly at such an early age, raises a number of questions.  Do the benefits of conventional treatment really outweigh the risk of the side effects? What are some other more natural approaches to treating ADHD?

Quite frankly, I should not have been surprised by the article. ADHD is currently the most common pediatric mental health diagnosis. There has been a 42% increase in diagnosis of ADHD in children 4-17 years of age between 2003 and 2011 (1). The average age of ADHD diagnosis is just seven years of age. Today, approximately 3.5 million American children take a prescription medication for ADHD.  The American Association of Pediatrics (AAP) recommends medication as the first line of treatment for adolescents, noting that stimulants are more effective than non-stimulants (2).

The AAP recommends a combination of medication and behavioral intervention for elementary school-aged children with ADHD (6-11 years of age). But is this so-called “medication” really treating the root cause?

Methylphenidate (Ritalin) is a central nervous system stimulant that blocks the reuptake of dopamine and norepinephrine.  Amphetamines increase norepinephrine and serotonin, as well as dopamine (3). When a choice is made to use medications like this, both the clinician as well as the patient and their parents need to be aware of potential side effects and risk factors – one doesn’t simply alter brain chemistry without any risks. After all, amphetamines are in the same class of drugs as “speed”.

I often hear from parents who are seeking an alternative to conventional treatment for ADHD. I’m trained as a primary care naturopathic physician, not a psychologist or psychiatrist – yet I often question the methodology used when diagnosing ADHD in kids and the liberal prescribing of Ritalin.  My brother is an Elementary School psychologist and he said to me once in conversation, “It’s as though Ritalin is handed out like free handouts as Costco.”  My nephew was in elementary school when he was diagnosed with ADHD. It was reported that he consistently displayed an inability to focus in class. Again, I’m not a psychologist but that same nephew could spend hours focused on a Play station or Xbox game. I would imagine that in “true” cases of ADHD, the attention deficit manifests in multiple settings – not just in scholastic ones.

Common side effects of stimulants (amphetamines and methylphenidates) include decreased appetite, weight loss, insomnia, stomach aches, headaches and increased blood pressure and heart rate. The more rare side effects of ADHD medications include tics, psychosis, mania, and depression (4).  A two year observational study found that Ritalin treatment lead to negative effects on growth (5). Another study found that prolonged stimulant medication of more than three years was associated with a slower rate of physical development during puberty. (6,7) In certain animal studies, prolonged Ritalin treatment led to smaller, weaker bones in the appendages, as well as decreases in testosterone production and in fertility rates (8,9).  Weaker bones, shorter stature, insomnia, and cardiovascular risks create a daunting profile of the first line treatment for American boys diagnosed with ADHD.

It’s time that we as clinicians, patients, and parents challenge the status quo and ask for interventions with a smaller list of potential side effects for our young males living with ADHD.  A growing body of research indicates that dietary changes can substantially improve ADHD symptoms, either alone or as a complement to medical therapies (10).  Some children have a high sensitivity to some food additives and preservatives, particularly food colorings. A 2007 trial from Southampton University called into question the safety of certain food dyes. The randomized controlled trial assessed the effects of certain food colorings (ie, tartrazine (E103), quinolone yellow (E104), sunset yellow (E110), carmoisine (E122), ponceau 4R (E124) and allura red (E129)) on 153 three-year-old and 144 eight-to-nine-year-old children. The researchers found these artificial colorings resulted in increased hyperactivity in this population when added to their diet. Although artificial food coloring has not been established as a primary causative factor for ADHD, a subgroup of children have shown significant improvement when provided food lacking these additives. Similarly, they developed symptoms reminiscent of ADHD when exposed to artificial food coloring. Children with sensitivity to food coloring are often also sensitive to foods such as milk, eggs, wheat, and soy (11).

Although the majority of research does not support a causative role for sugar intake and ADHD, many parents anecdotally report that foods high in sugar can make their child’s ADHD hyperactivity symptoms more pronounced. The rollercoaster of high and low blood sugar is difficult to control at any age, but especially for the eight year old who is expected to stay alert and focused during the school day. I can personally attest to the effect of sugary drinks on my little nephews. It was as if they would were became super energized, only to crash within a two hours – then I’m forced to carry two toddlers because they said they were too tired to walk! In fact, children are more vulnerable to the effects of reactive hypoglycemia (i.e., low blood sugar following the rise in blood sugar from a high carbohydrate meal) on cognitive function.  Avoiding foods high in sugar may help limit reactive hypoglycemia symptoms, which may mimic some aspects of ADHD symptoms in sensitive children (10).

Studies indicate that children who eat a balanced breakfast containing proteins, vitamins, and minerals, such as those found in whole grains, have less deterioration in attention levels during morning hours at school (12). Nutrient deficiencies (specifically zinc, iron, calcium, magnesium, and selenium) among children with ADHD are well documented.  Zinc and iron specifically are both important in dopamine metabolism. Children diagnosed with ADHD and low levels of these minerals had higher rates of hyperactivity symptoms (13).

There is also a considerable body of research on the efficacy of Omega-3 fatty acids in ADHD treatment. As a integrative clinician, it’s only logical that Omega-3s should be included in any ADHD treatment protocol, considering the vital role these beneficial fatty acids play in the development and health of our nervous system. Children with ADHD may have lower levels of omega-3 fatty acids in their blood (14). While the typical Western diet often contains excessive levels of certain omega-6 fatty acids, it is lacking in omega-3 fats, which include eicosapentaenoic acid (EPA) and docosahexaenoic acid (DHA) (15). In children, the severity of ADHD symptoms are linked to lower levels of omega-3 and higher levels of omega-6 fatty acids. Hyperactivity and inattention in general are also linked to omega-3 deficiency, thus indicating that this may be a risk factor for ADHD (12). A UK-based study on 493 school children aged 7-9 years found that omega-3 fatty acid insufficiency was very common and associated with ADHD-related symptoms such as oppositional behavior and emotional instability (16).

Swedish scientists studied the effects of combined omega-3 (558 mg EPA, 174 mg DHA daily) and the beneficial omega-6 fatty acid gamma linolenic acid (GLA) (60 mg daily) supplementation in 75 children and adolescents with ADHD over a 6-month period. They found that after 6 months, nearly half of subjects responded to omega-3/6 treatment with a reduction in ADHD symptoms (17). In a subsequent analysis of these study data, the same researchers found that subjects with at least a 25% reduction in symptoms exhibited a significantly greater decrease in the ratio of omega-6’s to omega-3’s in their blood at 3 and 6 months (18).

Armed with this info, we as clinicians and parents should make a case for testing nutrient status to discern possible contributing factors and areas of intervention. Nutrition matters! A nutrient-dense, whole food diet should be the cornerstone of any treatment plan with regards to ADHD. There are many other areas of intervention to explore such as exercise, sleep hygiene, and limiting access to electronic media, but that list could be endless! There are also many botanicals and nutraceuticals that have shown promising benefits for use in children with ADHD.

With one in five boys being diagnosed with ADHD, it’s my duty as a clinician to inform about the breadth of the epidemic and empower patients and clinicians to continually challenge the status quo. Seek a more holistic treatment plan – one that ultimately does the least harm.