A failing phallus: an early sign of heart disease? 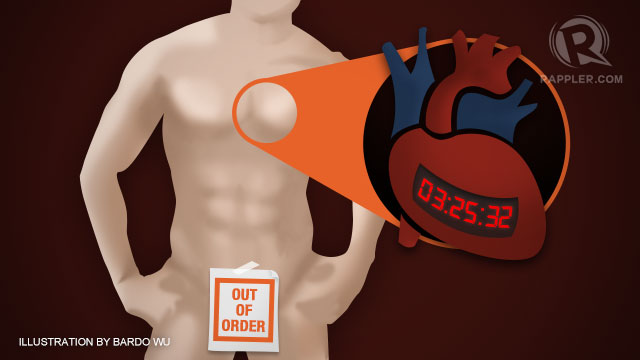 Erectile dysfunction, commonly known as ED, is the persistent inability to develop or maintain an erection sufficient for satisfactory sexual performance.  While ED affects 50% of men older than 40 years of age, it is not a normal part of aging, as many people are led to believe. The aging process does not account for the increased cases of ED – in reality, it is the frequent occurrence of chronic health issues in older men. Many men with ED have comorbid conditions such as elevated triglycerides, high cholesterol levels, tobacco abuse, diabetes mellitus, or coronary artery disease (CAD).

Of course, ED is bothersome and embarrassing for men. But what most men don’t understand is that penis function is a critical barometer of their underlying cardiovascular health.   The penis is essentially a “vascular bed” – because the penile vessels have a smaller diameter than coronary arteries, the earliest manifestations of heart and vascular disease can often begin to surface as ED! Studies show that ED may be the earliest sign of atherosclerosis and vascular disease. Men with ED have been shown to have a 62% increased risk of having a heart attack later in life.  They also have an increased risk of developing diabetes 10 to 15 years earlier than a man without ED (3). The irony of all this is that ED is not fatal – but it does act as a predictor for cardiovascular disease, which is certainly life-threatening. As ED progresses and becomes worse, so do cardiovascular issues. So, ED is not just a barometer of sexual performance. It’s a barometer of men’s cardiovascular and overall health. In fact, the primary class of drugs used to treat ED, like Viagra and Cialis, were initially developed as drugs to treat angina.

Studies show that men who experience subclinical vascular disease are more likely to develop erectile dysfunction than men who don’t.  In a meta-analysis, researchers evaluated 1862 men without existing heart disease.  The investigators looked at measurements of early vascular disease, such as atherosclerotic plaque development, arterial stiffness, and coronary artery calcification. It was determined that direct measurement of coronary plaque through the use of a coronary artery calcium test was the strongest predictor for the development of erectile dysfunction.  Carotid intima –media thickness (cIMT) was also a strong indicator for the development of erectile dysfunction. cIMT measures plaque build-up in the carotid arteries, which supply blood to the head, neck, and brain

Cardiovascular disease, just like ED, does not happen all of sudden. Instead, these problems are the result of various factors that remain undiagnosed and untreated, especially in the absence of symptoms.  Cardiovascular disease prevention not only prevents heart attacks but also reduces the risk of ED

It’s all too ironic, isn’t it? Physically, the penis and the heart are quite closely related when it comes to men’s health. If one of these organs is healthy and functioning well,  the greater the likelihood the other will be as well, and vice versa. We’ve all heard that age-old statement that “Men think with the penis, not the heart.” Well, maybe it’s time that we start thinking with both!

Schedule an E-visit with Dr. Boyce today and learn about your particular cardiovascular risk!